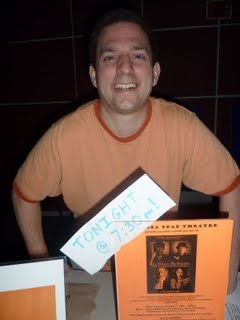 This screening was one of the best experiences this fall. Sean Furman of Arizona Deaf Theater had organized the entire event, and did a fantastic job with our workshop and screening. I was picked up at the airport by a young deaf actor named Michael, who filled me about Arizona State University. We drove straight to campus, where I taught a three-hour voicing for deaf actors workshop. We had about 15 interpreters and 5 deaf actors. The work they did was outstanding. Many of the interpreters had never voiced for theater before, and they struggled through the various challenges. It was worth it when they were finally getting the laughs in the comedic pieces by matching their deaf partners' work.

After the workshop a bunch of us went to one of the best burger places called Chuckbox. We had a great conversation at dinner with some of my old friends from AZTI whom I had met while filming Robert here two years ago (including Donna of Deaf Cactus News). 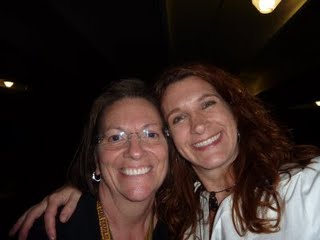 I also made some new friends - Haley, Timothy, Patrick and a few others. The town was filled with tons of football fans before a big game on campus, and people were nervous about crowds coming out for the film. They had nothing to worry about. People drove in from all over Arizona for the screening. I would guess that half of the crowd was hearing and half deaf, maintaining my goal that this film is for everyone.

I was testing out some new changes in the film, and held my breath while watching the audience during the new section. They were 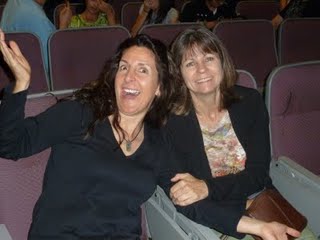 riveted, and I feel like I now have my final cut. They laughed in all the right places, cried in all the right places and participated in a lengthy and invigorating Q&A after the screening. I choked up when several people were near tears in their comments on how important this film is and needs to be seen by everyone. I felt a tremendous sense of support as the crowd vowed to get behind the film when we return to Arizona for our theatrical screening, and will be lining up to buy DVD's. 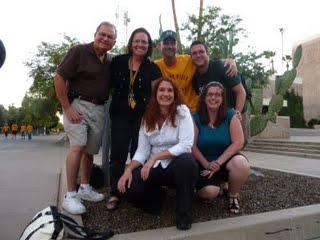 So Arizona, my birthplace, I look forward to coming back next year. Thank you for a fantastic reception!!

Hilari Scarl
Los Angeles, CA, USA
Hilari Scarl is the director/producer of the feature film "See What I'm Saying: The Deaf Entertainers Documentary." This blog is a journey of thoughts about the film.

An award-winning documentary that follows four well-known entertainers in the deaf community: a comic, a drummer, an actor and a singer as they overcome personal obstacles and celebrate professional landmarks.

Running time: 90 minutes
Rated PG-13
Directed and produced by
Hilari Scarl
© 2010
Available for bookings.
The DVD is now on sale!